They take this carpet-bombing approach because they lack information about where and when it is best to hit pests and nobody wants to use too little pesticide and thus risk losing crops.The established approach to detecting insect pests moths in particular is to employ pheromone-baited sticky traps. 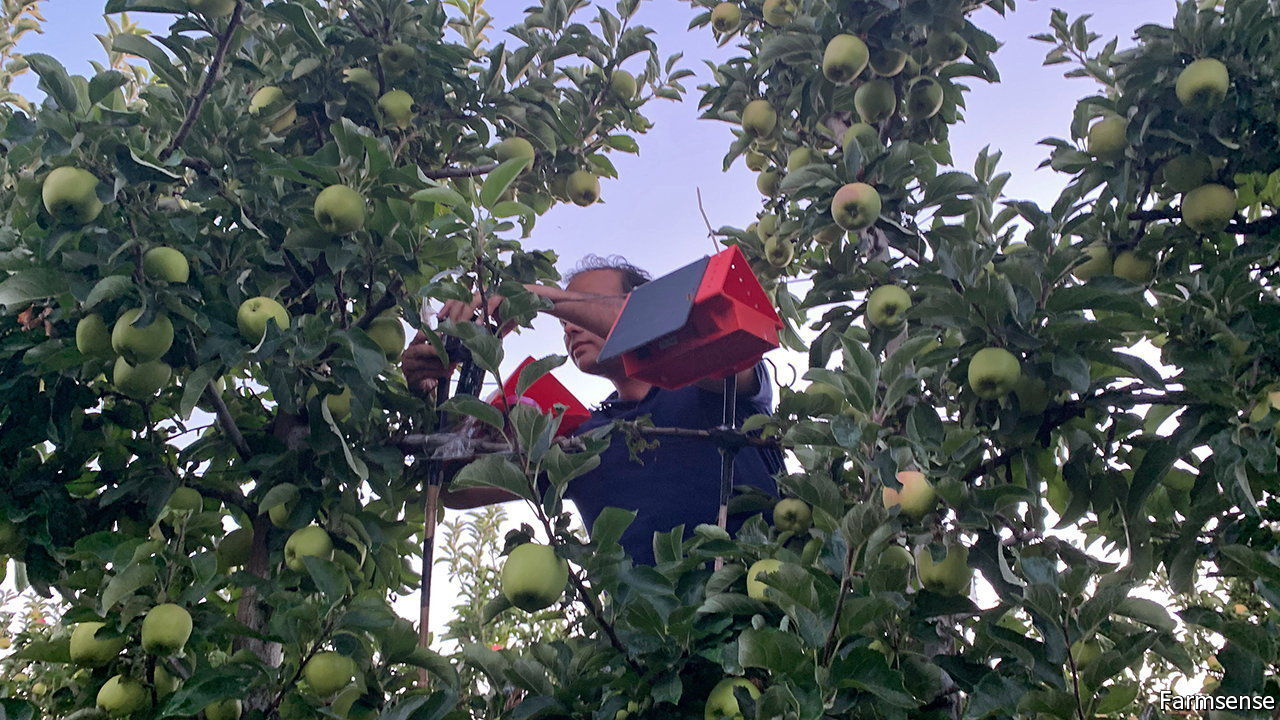 Such traps have however changed little in decades except that some now come with a digital camera which transmits a daily picture of the trapped insects.It does not trap insects.FlightSensor’s technology builds on the work of Eamonn Keogh one of FarmSense’s founders who is also a professor at the University of California’s Riverside campus.
FarmSense claims to have more digital data on insects than the rest of the world combined.FarmSense’s optical approach works better than microphones for recording wing beats because the insects under investigation are quiet and the sound they emit thus easily lost in background noise.And while sticky traps are at least an alternative for large moths the FarmSense sensor picks up everything down to trichogrammatids a thousandth of the size of the moths these wasps are interested in.In contrast to existing traps which report only total numbers captured in a given period the new sensors record each insect as it arrives revealing diurnal and nocturnal patterns of activity.In one case FarmSense was able to show a farmer that navel orangeworm moths appeared in her fields only between three o’clock and five o’clock in the morning. So rather than spraying disruptive pheromones throughout the hours of darkness she is able to restrict the puffing around of these chemicals to times when moths are active cutting the amount of pheromone required by 80%.American farmers spend hundreds of millions of dollars a year on pest-reducing pheromones so reducing their use in this way should bring useful savings.In particular pesticides of all sorts often have side-effects on benign and even desirable insects.Sticky traps eventually stop being