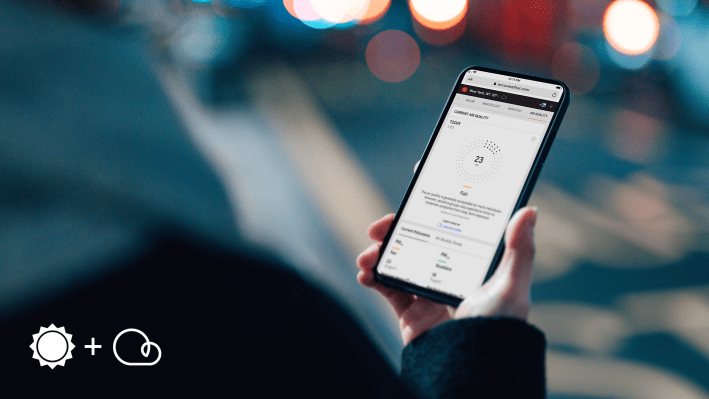 First the startup launched a mobile app for iOS and Android that gives you information about air quality.At first it was a simple city-level air pollution forecasting app.The company would aggregate data from different sources to predict how pollution would evolve over time.
Over time Plume Labs improved its forecasting abilities as it can now predict air quality for the next few days.Plume Labs then wanted to empower its users by making air quality tracking visual and actionable.It’s been relatively successful as there are currently more Plume Labs devices being used than government-supported monitoring stations.Finally Plume Labs started offering air pollution data as an API.This way Plume Labs customers get a head start if they want to integrate air quality data in their products. Similarly they don’t have to allocate resources on machine learning applied to air pollution.In January 2020 AccuWeather integrated Plume Labs’ data in its weather forecasting products.The weather forecasting company used that opportunity to acquire a stake in Plume Labs.“Air quality plays an intrinsic role in AccuWeather’s mission of saving lives and helping people prosper and this acquisition will help us provide users and customers with an even more personalized experience as well as a 360-degree understanding of the impact of weather on their wellness ” AccuWeather president Steven R. Plume Labs will become the center for climate and environmental data for AccuWeather.“Seven years ago David Lissmyr and I launched Plume Labs to make air quality information accessible to everyone ” Plume Labs co-founder and CEO Romain Lacombe said in a statement.“Since then our work has helped galvanize the fight for clean air by