Noida-headquartered robotics and automation solutions provider ﻿Addverb﻿Technologies — a YourStory Tech50 2021 startup — has raised $132 million from Reliance Industries Limited (RIL) in a strategic round of funding.Post the investment RIL will be the single majority shareholder in the company. 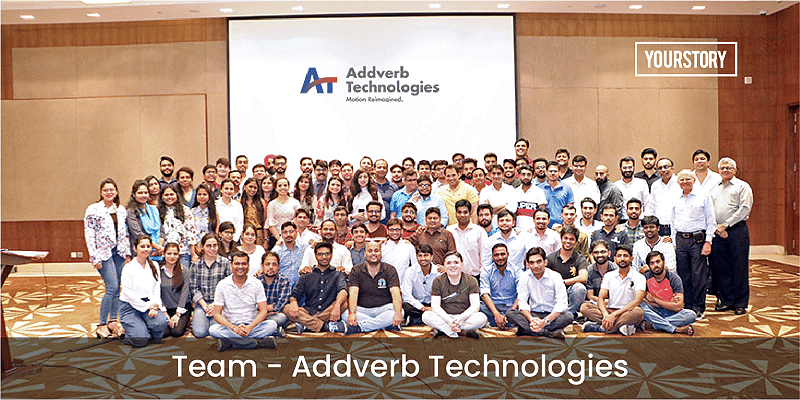 The company which had previously raised $11 million across Series A and Pre-Series A rounds will see early investor and co-promoter of Asian Paints Jalaj Dani continue to hold his stake in the company.GAIL Limited which participated in the seed round of the company as part of Startup India initiative will get a timeframe-based exit for its investment in Addverb.Founded in 2016 by Sangeet Kumar Prateek Jain Bir Singh Satish Kumar Shukla and Amit Kumar the leadership of the company will continue to run the operations of Addverb post the strategic investment.
“Apart from the strategic funding Reliance brings other capabilities such as new energy initiatives its battery technology and knowledge base on carbon fiber as well as 5G technology.This will help us speed up trials for new products and scale faster ” Satish Kumar Shukla Co-founder of Addverb Technologies told YourStory.He further added that while Reliance has been a key customer nearly 70 percent of the company’s revenues comes from servicing other enterprises including the likes of Unilever Pepsico Dabur Marico Amazon Flipkart and others.The company has nearly 100 customers today and has a presence in Singapore Australia and UK and will be looking to enter the US market.“We have been servicing the Jio-Mart grocery business for Reliance through automated warehouses and other solutions. Now we will look at access to other industry verticals Reliance is present across including ecommerce petrochemicals fashion retail pharma and others ” said Satish.Addverb Technologies set up its own robot manufacturing facility termed Bot-Valley in Noida in March 2021 at a cost of Rs 75 crore.Apart from various robots and co-bots