Engineers at EPFL have developed a method for reading several qubits – the smallest unit of quantum data – at the same time. Their method paves the way to a new generation of even more powerful quantum computers. 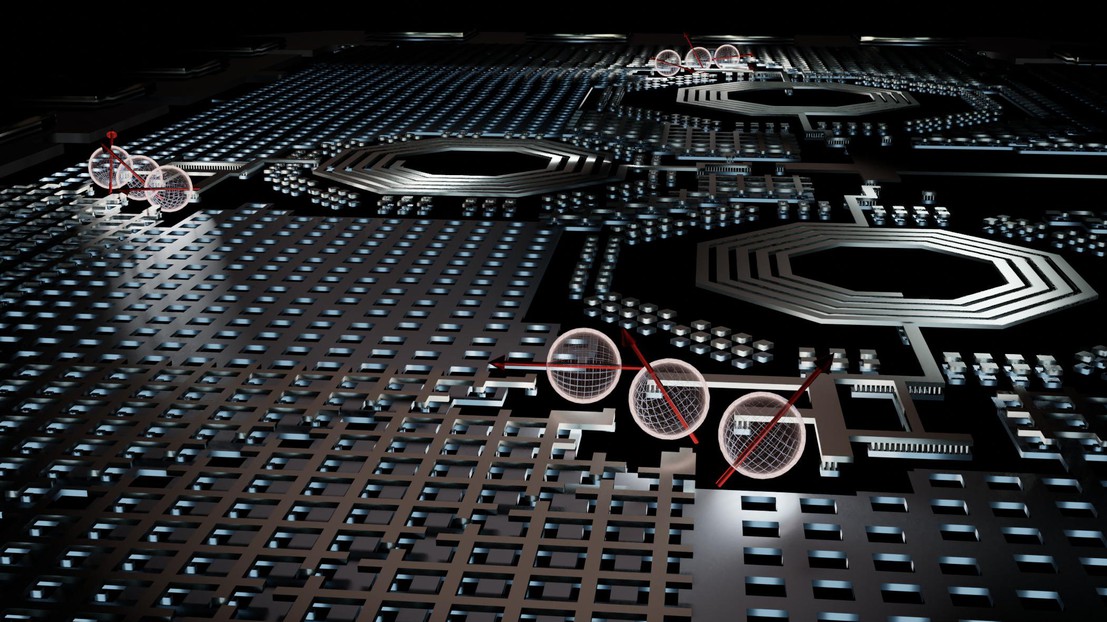 “It’s a real breakthrough”
Andrea Ruffino, a PhD student at Charbon’s lab, has developed a method enabling nine qubits to be read simultaneously and effectively. What’s more, his approach could be scaled up to larger qubit matrices. “Our method is based on using time and frequency domains,” he explains. “The basic idea is to reduce the number of connections by having three qubits work with a single bond.” EPFL doesn’t have a quantum computer, but that didn’t stop Ruffino. He found a way to emulate qubits and run experiments under nearly the same conditions as those in a quantum computer. “I incorporated quantum dots, which are nanometer-sized semiconductor particles, into a transistor. That gave me something that works the same as qubits,” says Ruffino. He’s the first PhD student in the AQUA Lab to study this topic for his thesis. “Andrea showed that his method works with integrated circuits on regular computer chips, and at temperatures approaching qubit ones,” says Charbon. “It’s a real breakthrough that could lead to systems of large qubit matrices integrated with the necessary electronics. The two types of technology could work together simply, effectively and in a reproducible manner.”