Automation has been part of chip design since the 1980s.But now AI-designed chips are producing great results that could lead to 1 000 times better performance for chips in the next decade according to Synopsys CEO Aart de Geus. 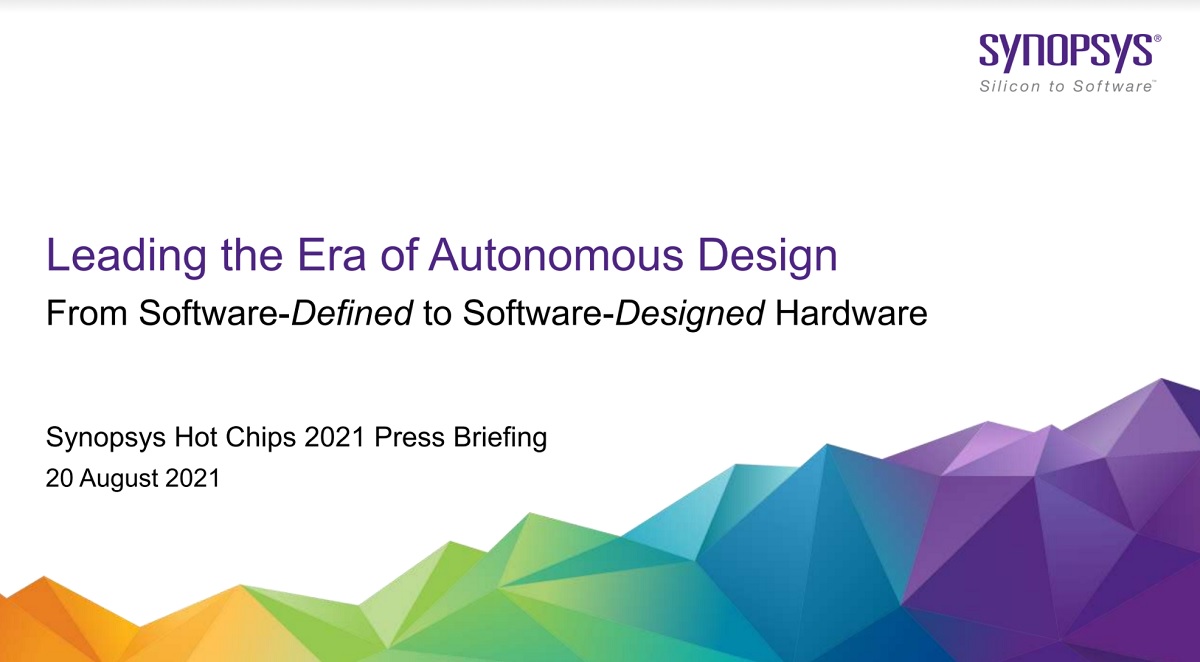 De Geus one of the pioneers of chip design automation said in an interview with VentureBeat that the company’s software started using AI to design customer chips last year with considerable improvements over human-designed chip architects.And I think we’re going to see exactly the same with design software automation (DSO) which is so powerful that it can look at (and understand) things that the human can no longer see.” De Geus will talk about the AI approach to chip design at the Hot Chips online chip conference today.De Geus said he believes Synopsys and AI will play a critical role in helping the chip industry achieve a 1 000 times performance increase in the next decade helping it stay on the path of Moore’s Law (doubling chip performance every couple of years) even after scaling through manufacturing advances hits its limits.
De Geus started Synopsys as an electronic design automation (EDA) software company in 1986.Synopsys’ logic synthesis takes a design for a chip in the form of abstract specification of its logic circuits typically at register transfer level (RTL) and turns it into a design implementation in terms of logic gates.At Synopsys which will mark over 35 years in December the EDA industry will have delivered 10 million times improvements in chip design productivity.Synopsys now takes a comprehensive approach to autonomous chip design that goes beyond just layout.De Geus said the company’s efforts to automate design have always aimed for quality of results time to results and cost of results. “We are now touching some of the decisions that will be difficult for a designer to evaluate because it just takes too much time ” de Geus said.De Geus refers to this kind of design as an artificial architect though he