The History and Future of Electric Car Design

Car and Driver has a good article that both assesses the brief history of electric car design and looks at where things might be headed going forward as designers break free of some early conceptions about what a car (or what a specifically electric car) needed to look like.Some highlights: Many early EV ventures used existing platforms and arranged electric powertrains to fit where gas engines and transmissions had previously resided. 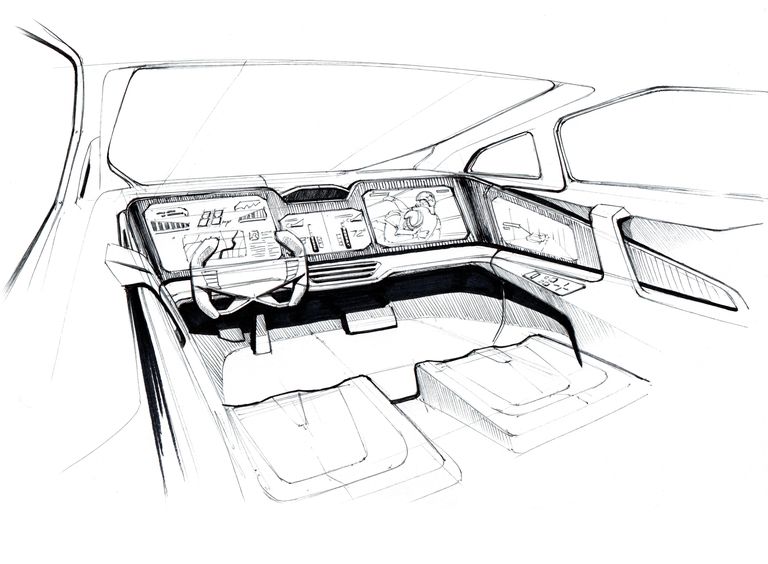 Even Tesla’s first attempt was a revamped Lotus Elise without its 1.8-liter inline-four.Working on a nondedicated or “nonnative ” electric platform limited designers’ options for positioning the battery and motor.Automakers often stacked batteries under the rear seat—which is why early EVs sometimes offered less legroom or cargo space than their gas counterparts—and put the motor assemblies under the hood.
Even the Nissan Leaf which packages an underfloor battery in a dedicated EV platform still follows the old philosophy of carrying a motor where an engine normally goes.Aesthetically too the early electrics couldn’t break away from distinct grille shells and large air vents… “We have the opportunity to give the car a totally new kind of proportion ” says Steffen Köhl Mercedes-Benz director of advanced exterior design.Köhl worked on the EQS the first car on Mercedes’s new Electric Vehicle Architecture (EVA).The EQS is a luxury sedan with a long wheelbase a sweeping bridge of a roofline and a large screen-filled cabin.Think of it as the S-class of EVs. The underpinnings of an EV allow for bigger interiors in smaller vehicles he says.It can be “cabin-forward with short overhangs in front and rear.Since the battery is flat ground we can try a new kind of interior—smooth panels the center console floating.There are no more ups and downs between the seats.” For my part even this broader vision is still too focused on coupes sedans SUVs and other “traditional” four-to-five seat cars.There’s a brief discussion of the new F-150